Walmart is teaming up with Microsoft on TikTok bid

Walmart said TikTok's integration of e-commerce and advertising "is a clear benefit to creators and users in those markets."

Apple apologizes to people having problems with the MacBook's controversial keyboard

Users are still reporting problems with Apple's laptop keyboards, even on the latest models.

Tencent is now bigger than Facebook after shares surged this year

Tencent shares have rallied around 43% year-to-date, compared to just over 12% for Facebook. That has added around 1.53 trillion Hong Kong dollars ($197.74 billion) onto Tencent’s value.

Microsoft had previously said it could buy TikTok's operations in the U.S., Canada, Australia and New Zealand.

A Missouri appeals court on Tuesday rejected Johnson & Johnson's bid to throw out a jury verdict in favor of women who blamed their ovarian cancer on its baby powder and other talc products, but reduced its damages award to $2.12 billion from $4.69 billion.

Stocks rallied after a historic and surprising gain in U.S. jobs raised hope the economy is starting to recover from the coronavirus pandemic.

North Carolina woman who was the last person to receive a Civil War-era pension dies at age 90, WSJ says

Irene Triplett received a pension of $73.13 a month from the Department of Veterans Affairs for her father's service, which began more than 155 years ago.

#CNBC posting loads of #microsoft span as 'news'... which I suppose one might expect when there's #bribery
#CNBC #microsoft #bribery

6 months ago from mobile

COVID-19 second wave in US 'not inevitable', says Fauci

WASHINGTON - A second wave of the COVID-19 outbreak in the United States "could happen" but is "not inevitable", said White House health advisor Anthony Fauci on Wednesday. 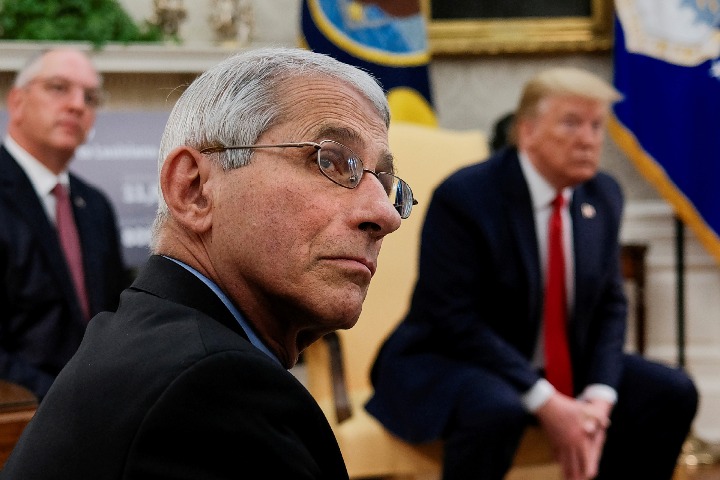 COVID-19 second wave in US 'not inevitable', says Fauci - Chinadaily.com.cn

COVID-19 second wave in US 'not inevitable', says Fauci - Chinadaily.com.cn

● NEWS ● #cnbc #plagiarism ☞ To show how easy it is for plagiarized news sites to get ad revenue, I made my own

To show how easy it is for plagiarized news sites to get ad revenue, I made my own

The ad tech space is so convoluted, it's easy to make money from legitimate advertisers just by setting up a web page. That means there's significant incentive to create garbage — not just low-quality clickbait, but sites filled with outright plagiarized content.

Chamath Palihapitiya, founder and CEO of investment firm Social Capital, said the U.S. shouldn't be bailing out billionaires and hedge funds during the coronavirus pandemic and should help out the general public. "A hedge fund that serves a bunch of billionaire family offices? Who cares? They don't get to summer in the Hamptons? Who cares!"

Hey, #CNBC .... maybe speak of human death toll instead of "the market" which represents oligarch's wealth

European markets ended in the green on Tuesday after a day of wild swings, amid hopes of more stimulus as the fast-spreading coronavirus fuels fears of a recession.

European markets ended in the green on Tuesday after a day of wild swings, amid hopes of more stimulus as the fast-spreading coronavirus fuels fears of a recession. 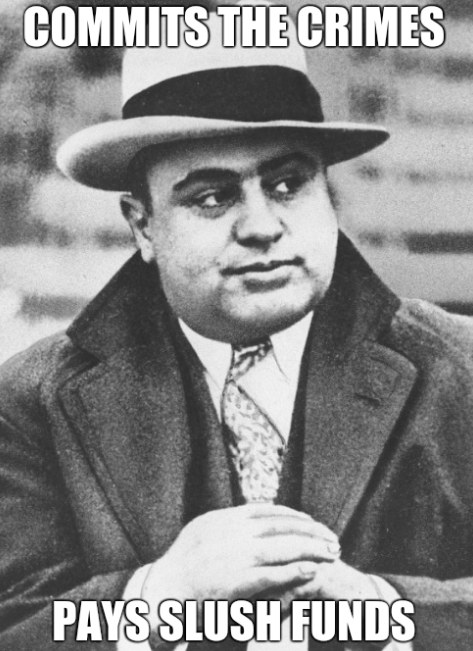 Microsoft “Azure” (or “Cloud”) Results Are Most Likely an Elaborate Fraud

Andy Jassy, the CEO of Amazon Web Services, pointed to Amazon's failed smartphone launch in 2014, and said that despite Amazon's success in online payments, "PayPal seems to be doing quite well."

President Donald Trump's responded to Attorney General William Barr's criticism that his tweets "make it impossible for me to do my job."

Amazon threatens to fire employees who speak out on climate change

The company warned two employees that they could be terminated if they continue to speak out publicly about the business.

Google is facing a culture crisis, leading to protests and seasoned employees heading for the door.

Mike Bloomberg quietly created a technology company called Hawkfish that is helping his 2020 campaign for president. The firm boasts former executives from Facebook and Foursquare.

Dent is a proposed operating system for switches, which are pieces of hardware used to route data around networks, usually within companies or between companies and the internet.

How open-source software took over the world

Software used to be proprietary, but over the past decade, open-source tools have seen a meteoric rise. This software is freely available and is developed collaboratively, maintained by a broad network that includes everyone from unpaid volunteers to employees at competing tech companies. Here's how the business model works.

The World Bank said its board on Thursday adopted a new plan to aid China with $1 billion to $1.5 billion in low-interest loans annually through June 2025.

Udemy, an online learning platform, analyzed data from more than 40 million users to determine the most important tech skills people are gearing up for in 2020.

Jordan Novet @JORDANNOVET - a #microsoft booster for a while - now advertising Microsoft in #corporatemedia under #cnbc -- yes, under the guise of "news". This company has loads of media 'moles'

While President Trump is making a strong argument for Peace, the Left is…

Not heeding any warnings – like those of former Senate Leader Harry Reid (D-NV) – the lunatic #Left quadruples down on their impeachment clownshow, creating an otherworldly contrast to the backdrop of #DonaldTrump's calm and considerate peace efforts. 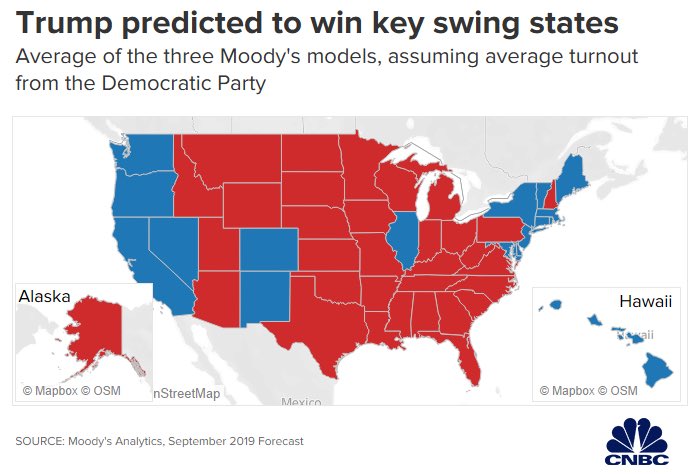 The recently released #election model forecasts for the #2020 #US elections underline this eldritch difference between #out-of-touch #Democrats and President Trump, whose unprecedented approval is outpacing Obama's: 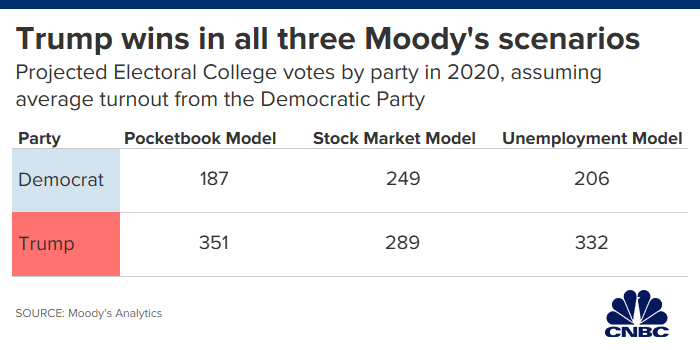 Three models show Trump getting at least 289 electoral votes and as many as 351, assuming average turnout.

The Moody’s models have been backtested to 1980 and were correct each time — except in 2016, when it indicated Clinton would get a narrow victory.

#corporatemedia #cnbc BS:
https://www.cnbc.com/2019/10/14/bloomberg-signals-he-would-run-for-president-if-biden-struggles-against-warren.html
"it's obvious why they keep pushing #Biden over the public's wishes"-iophk
Why they lost in 2016.

Bloomberg could be in for a showdown with Elizabeth Warren, whether he runs or not.

#CNBC is associating #bitcoin with #pedophilia https://www.cnbc.com/2019/08/12/doj-sentences-four-for-child-porn-used-bitcoin-tor-to-cover-tracks.html because let's pretend only BitCoin is ever used for that or is always used for that http://techrights.org/2015/01/03/prison-and-gates/

Four men from across the U.S. and Canada were sentenced to decades in prison for running what the Justice Department called a "highly sophisticated" encrypted underground network for trading child pornography.