Hordes of people showed up outside of Wi Spa on Wilshire Boulevard to support a woman who had complained about the alleged exposure incident when they were met by Antifa counter-protesters supporting transgender rights.

Protesters were seen assaulting an independent journalist who was hit in the head with what appears to be a pipe, video posted to Twitter shows.
#news #California #LA #transgender #LGBT #Antifa #leftists #terrorism #NewNormal 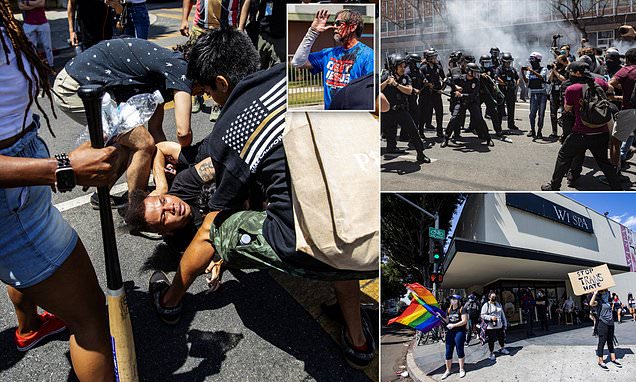 Violent clashes broke out during between protesters and counter-protesters in Los Angeles after viral video showed a customer complaining about transgender woman.