After discussing the FBI embedding informants within the crowd at the January 6 Capitol riot, Carlson announced Monday on “Tucker Carlson Tonight” that a whistleblower had come forward to reveal that the intelligence community was now spying on him personally.
#news #politics #democrats #Biden #NSA 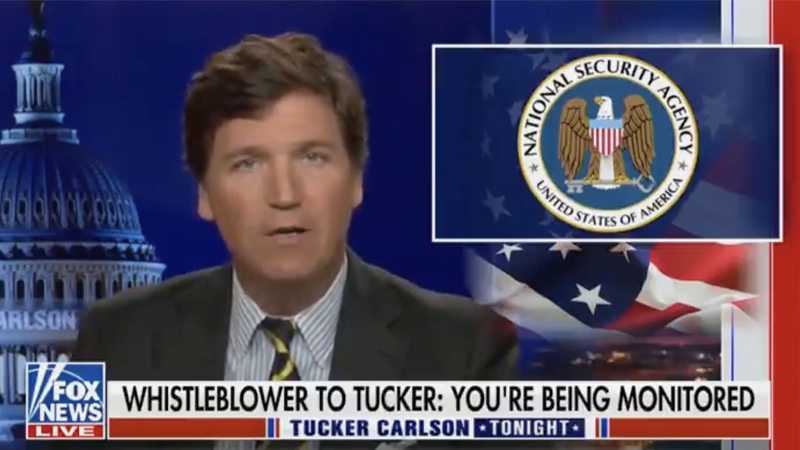 NSA "monitoring our electronic communications and is planning to leak them in an attempt to take this show off the air," claims Fox News host.